Team Cure is a teen ran charity that sends Care Packages to young cancer fighters all over the world.

Team Cure was started after a then 12 year old Lindsey Pacios read the story of a girl named Bella Muntean, a South Carolina teen who was diagnosed with Osteosarcoma, a type of bone cancer. Lindsey wanted to help Bella so she sent her a package full of toys she liked. Lindsey soon found out there are more kids like Bella who also need some brightness on a bad day. Lindsey formed Team Cure and got her friends involved in making packages for other children like Bella. In the beginning, Lindsey was not allowed to do fundraisers at school as she, “didn’t know what she was doing” but that didn’t stop her, as she would sell slime, bracelets, or cookies after school to students to fund these packages. Even after minor discipline every time she would just do it again all too raise money for these kids. Despite the challenges, Team Cure still managed to send many packages out.

After the nightmare for all of us, middle school was over, Lindsey moved to high school. When her new school found out what she was doing they were very supportive and Team Cure grew even more and an official club was started at her high school. Later, Lindsey joined forces with Emily Jundi, a dedicated Team Cure volunteer, to help make packages and form a Team Cure club in her town. As of today, Team Cure has sent 300+ packages to children fighting cancer. We have sent packages to 38 different states and 5 different countries, farthest being Australia. Along with our packages, Team Cure has also educated 16,000+ people on social media about the truth of childhood cancer ; the truth that childhood cancer is not smiling bald kids, but that it's cold, raw and brutal. Our children only receive 4 cents of every dollar donated to research, our children are worth more than four cents! Join Team Cure and join the mission to improve the lives of these children today!

Donate With Pay Pal
Donate with Venmo
Shop our merchandise! 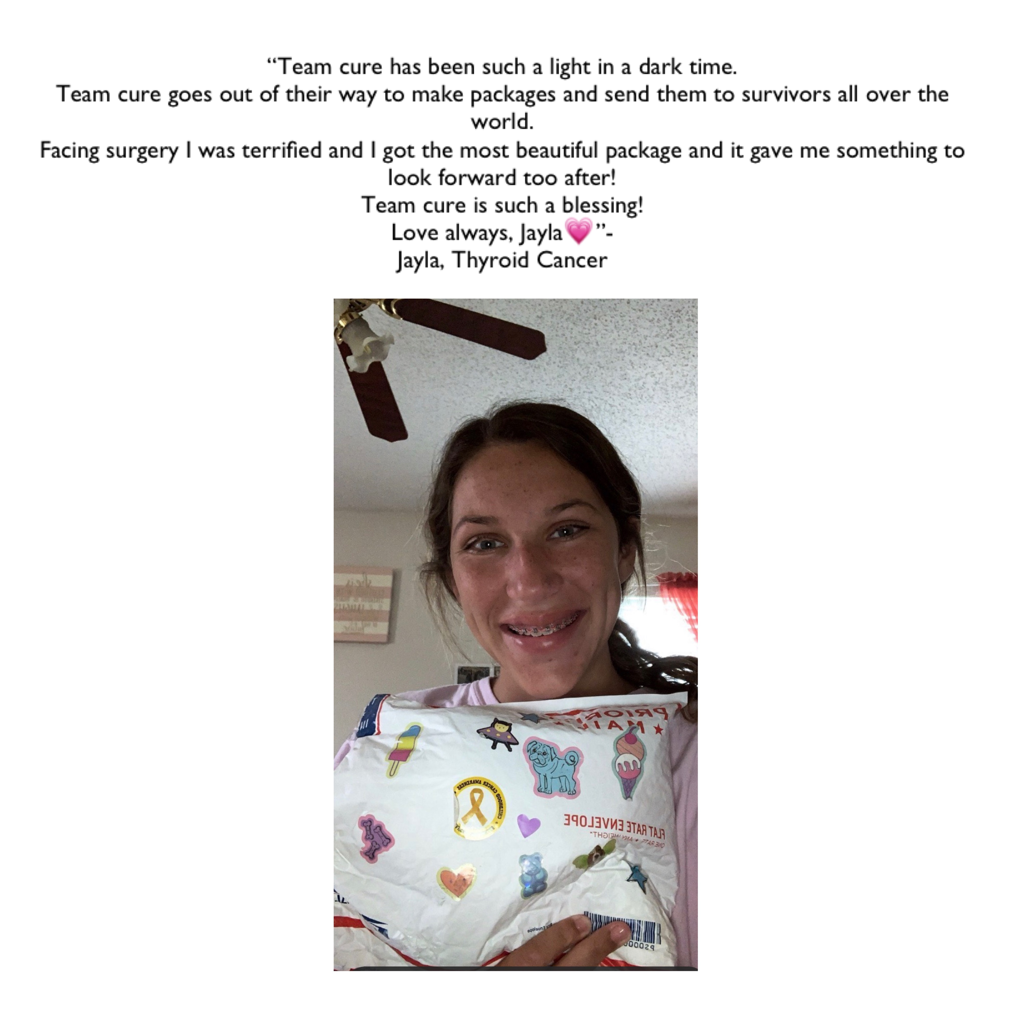